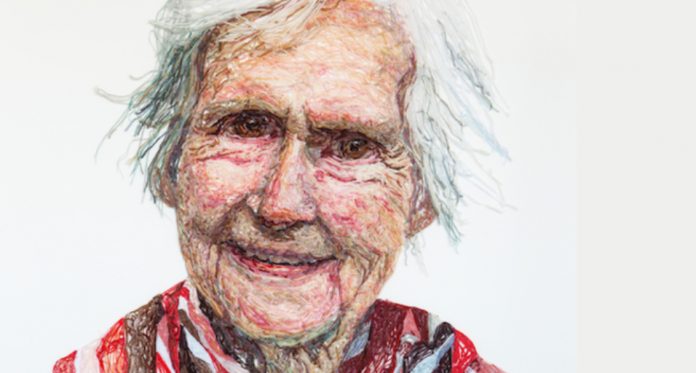 Jenni Dutton has taken a selection of photos of her mother who had dementia and reproduced them as large-scale portraits in wool and thread.

The artworks reflect the ageing process as well as the erosive effect of the illness on the individual. The method of developing the image is slow, the intensity of each piece mirrors the nature of the relationship between mother and daughter. These large scale, emotive and detailed pieces will be on display alongside some new work from the series Absurd Sewn Selfies.