Home Latest Dorset life on film – a new celebratory show from the archive... 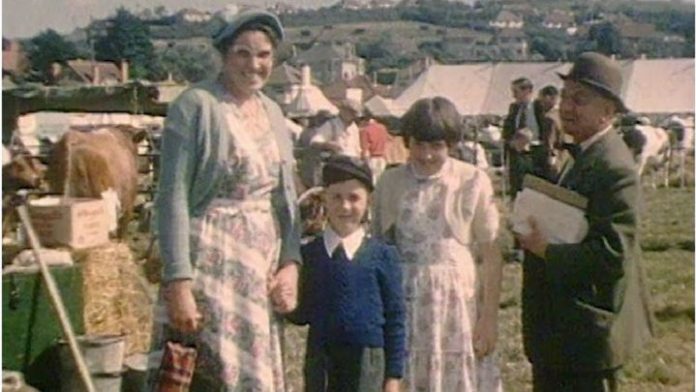 Dorset’s own media charity, Windrose Rural Media Trust, is celebrating its 35th year. Amongst its many media projects, it has, throughout that time, been generating an archive of old cine films of local life to enable them to be seen again by the community. The moving images from this now major archive are the nearest thing to truly living history that exists. It shows a way of life that is fast-changing, and which in some instances has gone entirely.

Windrose is approaching its 250th show. The Dorchester show on Saturday 6 April at the Corn Exchange will, however, be different. In partnership with Dorset History Centre, Windrose has been able to secure Heritage Lottery Funding to enable it to digitise and organise much of its archive. This means that it is able to dig more deeply into the archive and bring out films that have not been seen before.

The show will, for example, include previously unseen films of Dorchester in the 1950s, the moving of Wimborne’s model town in the 1960s, the Queen’s visit to Sherborne in 1952, the Melplash Show in 1957, Coronation celebrations in Wareham and Dorchester in 1953, farming near Weymouth in the 1960s and a Bridport pram race in the 1950s. A short travel film from the 1940s visits Corfe

Presented by Windrose’s Trevor Bailey and James Harrison who will provide commentary and background to the film, this evening will give the audience a vibrant and fascinating trip into Dorset’s heritage as captured on film.

The show is at Dorchester Corn Exchange 7.30pm on Saturday 6 April.