Home Places As the pothole crisis deepens, could robots be the answer? 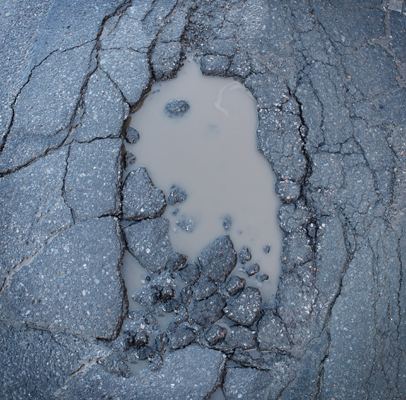 The road outside my front door has more holes than a kitchen colander.

Last week, three vehicles and five men turned up to patch up some of them and then left the rest for another day.

According to my neighbour, the workmen were here for 25 minutes, spending 20 minutes talking and five minutes doing the job.

It seems to be a common occurrence across the county, this onslaught of men in high-viz jackets coming to fix potholes ad hoc. They receive notification via the county council’s ‘report my pothole’ service (or whatever it’s called) and then get to work. 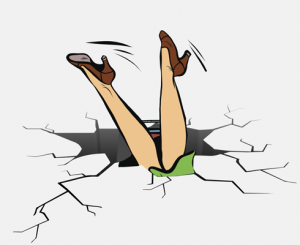 People use an online form to report potholes which, the council says, takes less than two minutes to complete. All you need to provide is the location and the pothole’s approximate width and depth, along with a photo, although the council warns you not to endanger your own safety or that of others when gathering the required information. Heaven forbid that you get run over while carrying out a service to your local community.

After the workmen have patched up the pothole, a few weeks later they’re back again to do some more, often just inches away from the one they’ve already done. And none of the repairs lasts very long.

It doesn’t seem a very joined-up way of doing things.

Potholes might not be sexy, certainly not as sexy as this week’s meeting of minds of Trump and Kim Jong-un. (I often wonder if his father named him that because it’s Korean for Young ’Un, but I digress) but potholes are big news in these parts.

Who cares about the international stage when nothing of substance has actually been achieved when Britain is currently in the middle of a pothole crisis, with more than 24,000 roads in need of urgent repair?

According to a report in the Daily Express this week, the Asphalt Industry Alliance’s latest annual study states that the UK would take approximately 14 years and £9.3 billion to completely repair all of its major and minor road work.

Earlier this year, Dorset County Council was awarded nearly £1.5m by the Department of Transport to fix potholes caused by snow and icy conditions. This was on top of £750,000 awarded to the council in December 2017. 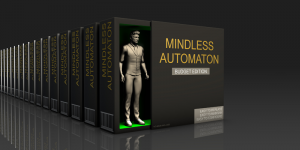 According to a story in The Telegraph this week: “The drone-mounted devices will scan roads looking for small cracks. They will be able to fly or ‘crawl’ to the cracks and 3D print asphalt to fix them in less than a minute.

The machines would work mostly at night, completing their work while the streets are empty to avoid disrupting traffic.

The Telegraph says the robots will be tested on road in the next few years as part of a drive to create “self-repairing cities”.

Professor Mark Miodownik, of University College London, told the Cheltenham Science Festival: “Our idea is that when these small cracks happen we want to be able to see them – a drone flying around the road network would see them – and another drone would land and repair them,” he said.

“You do it at night and we can do it in about a minute. You stop over the crack, you repair the crack and it’s done.

“For motorways it is a different problem but for roads in Cheltenham and bigger cities, I think night-time autonomous vehicles would have almost no impact on traffic.

“This is going to be a big future for us all. What is immediately possible now for ‘self-repairing cities’ is an exciting prospect in all of our lives.”

Whether this robot technology will ever be extended to the towns and villages of rural West Dorset is another matter. Currently, the road surface outside my house contains more grit and gravel than West Bay’s East Beach in its heyday.

Oh for the time when the road can be resurfaced all in one go, once and for all.