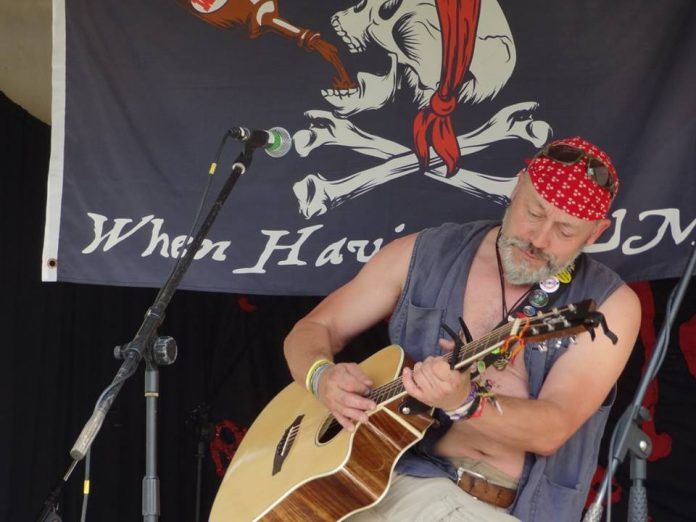 Brian was in his late teens when his first band The Sequels played popular 60s covers in the Hampshire area in the early 80s. A decade or so later he was in a covers and writing 3 piece party band in Cambridgeshire called Crimson Kipper among other things. These days Brian has taken to the road solo with his acoustic act and a whole load of new songs on the subject of life, love and piracy. At home on stages big and small at pubs, clubs, concerts and festivals, his catchy, witty, personal songs will strike a chord with many. He loves to get other musicians involved and whether in a big venue or jamming around a firepit you can be sure of some great entertainment. “Brian Stone is a musician with bags of charm, enthusiasm and has a crowd magnetism that is a delight not to resist. His rumbustious eclectic mix of modern folk…is just a joy to be part of.