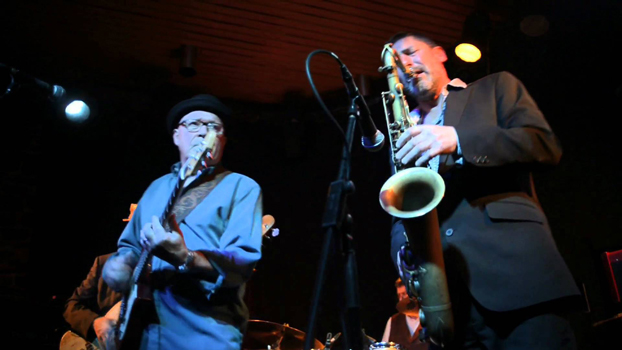 Mutter Slater was the front man and flute player for the 70’s cult band Stackridge (produced by George Martin, signed by Elton John): a group that established itself as a firm favourite on countless stages throughout the land and appeared regularly on BBC TV’s The Old Grey Whistle Test and John Peel’s radio programmes.

After Stackridge Mutter returned to a life of quiet domesticity in the South West of England. The song-writing and performing bug eventually got the better of him, leading to the formation of his band and a return to the recording studios – Love & Hate 2006; Riding A Hurricane 2008 (produced by Billy Bragg) and 2014’s Absobloodylutely. His songs reflect his primary interest in 60’s American blues, soul and R’n’B as well as his persistent addiction to a ‘half decent tune’. The music is warm, harmonically panoramic and edgy. Lyrically it’s intriguing; telling of human strengths and frailties and illicit loves, bar room observations, train rides, bus rides, long walks and cosmic disintegration.

Mutter Slater and Clive Ashley at The Ropemakers