Home Community Burton Bradstock is in the news 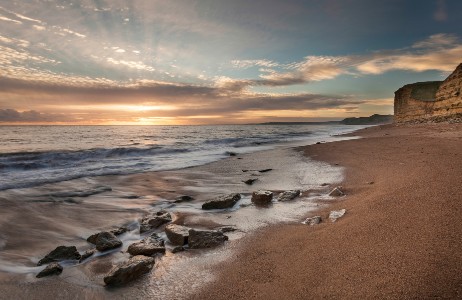 West Dorset has hit the national lifestyle headlines yet again.

The Telegraph focuses on Burton Bradstock in a piece by Benjamin Parker for the Travel and Destinations section.

‘The lack of motorway through Dorset used to mean that tourists mostly skipped this quiet portion of south-west England. However, a steady drift of celebrity chefs and Hollywood location scouts have intensified the focus, meaning the grockles – a, shall we say, affectionate West Country term for visitors – keep on coming,’ he adds.

He also gives this weekend’s Bridport Hat Festival a mention in dispatches, calling it a ‘delightfully bonkers event’.

Read more about it here https://www.telegraph.co.uk/travel/destinations/europe/united-kingdom/england/dorset/articles/burton-bradstock-dorset/